Port of Nagoya Public Aquarium is located at the west end of Port Bridge. On the other end of the bridge, the icebreaker Fuji is parked. Fuji traveled to Syowa Station (Japanese research station) in Antarctica 18 times from 1965 to 1984.

Let's start from "See of Japan".

In the Kuroshio tank, you see the Japanese pilchard, the Pacific bluefin tuna, the skipjack tuna, the Japanese Spanish mackerel, the scalloped hammerhead and the copper shark. 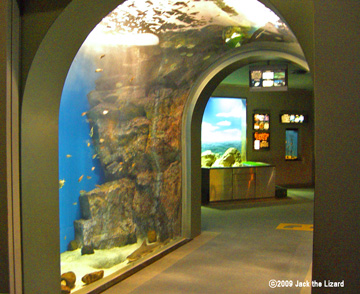 Fish swims above you. It is as if you are walking on the bottom of the ocean.

The fish which the male get pregnant. 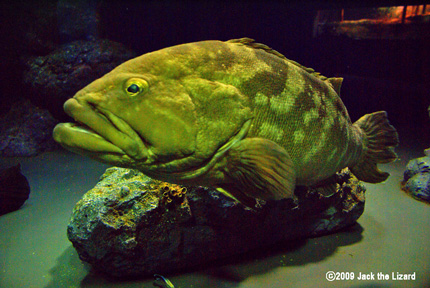 
There are some deep trenches around Japan such as Mariana, Izu-Bonin and Japan Trench. There are so many lives where the sun light has never reached on the ocean floor in those trenches.

Quite a number of Sea turtles in the North Pacific Ocean are born on the beaches in Japan. After hatching, the baby turtles enter the ocean and start swimming along Kuroshio current across the Pacific Ocean towards California and make a clockwise turn to Hawaii. Port of Nagoya Public Aquarium has studied the biology and the migration of the loggerhead sea turtle.

Clownfish and sea anemone are great partners. Fish provides foods to anemone, and anemone protects clownfish from its predators. A sea anemone has a lot of tentacles. A tentacle has a lot of cnidocytes which have function to sting and inject powerful poison. Usually, any fish and creatures do not get close to a sea anemone because of the poison, but clownfish won’t get hurt by anemone. The fish sleeps between the anemone’s tentacles at night.

The environment around the fresh water rivers in Queensland in Australia is recreated in the tank.

The penguins swim as if a birds fly in the sky.